Open Data for Open Government in Rural BC

In April of this year Canada’s Social Science and Humanities Research Council (SSHRC) announced the results of the second competition for grants from the Community and College Social Innovation Fund (CCSIF). It was a day I had long been waiting for and when I got a text message from my Dean saying that there was some good news I could feel my heartbeat accelerate.

In collaboration with the Columbia Basin Rural Development Institute (RDI), the Regional District of Central Kootenay (RDCK), the Open Data Society of BC, Open North, Urban Opus, University of British Columbia- Okanagan (UBC-O), McGill University and Esri Canada, I had submitted an application in November 2015 for a project called “Open Data for Open Government in Rural British Columbia.” In April we learned that this 3-year project would be funded by SSHRC!

The goal of the project is to explore what Open Data means in the context of rural BC, and by extension, rural Canada. The federal government and many provincial governments, including BC, have adopted Open Data policies over the past few years, partly to align with open and accessible government policies and partly in recognition of the fact that the public should have access to the data it has paid for. In today’s digital world where people pack around phones with more computing power than yesterday’s super computers, data has become one of the most important resources for social and economic development. Data is needed for evidence-based decision-making by individuals and organizations. Data is also entertainment, whether your passion is music, photography, film, or wondering around looking for virtual treasure.

Open Data policies have also been adopted by large cities, including Vancouver, North Vancouver, Surrey, and Victoria in BC. The rise of Open Data in the urban centres as well as senior levels of government has attracted academic interest: the Geothink project lead by McGill’s Dr Reneé Sieber is in the third year of a five-year SSHRC-funded project investigating Open Data in Canada. However, few if any rural local governments provide Open Data, and little is known about how Open Data affects rural communities. If there is a benefit to communities from Open Data policies, it is likely that rural communities are benefiting less than urban ones, if at all. Our project will increase understanding of Open Data in rural BC and recommend policies and practices that will help address this disparity.

Our Open Data project will richen the experience for Selkirk’s GIS students. Selkirk offers both an Advanced Diploma in GIS (ADGIS) and a Bachelor’s Degree of GIS (BGIS): the ADGIS has a requirement for a 400 hour co-op education placement while the BGIS builds on this and requires the completion of a thesis project. This grant provides funding for both an ADGIS co-op position and a BGIS research assistantship in each of the three years. It also provides funding for several events that will include experts from outside the region each year: these events will be open to local government and the public as well, providing excellent learning and networking opportunities. We will also actively seek ways to link the research work with classroom assignments.

The grant was one of three awarded to Selkirk College in this competition, quite an amazing accomplishment for a relatively small rural community college. These three projects will help to establish Selkirk as a significant Canadian centre of social innovation research. A critical mass of research expertise and administrative support is being developed at the college. This is a very exciting time to be involved in research at Selkirk College!

For more information about the CCSIF program, see their program description page. 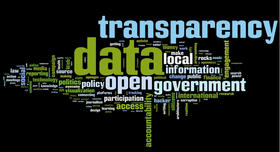 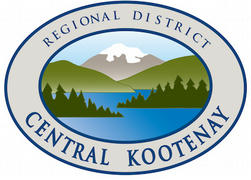